President facts offer you a greater insight into their presidency. Knowing what each President accomplished can be eye-opening with revelations about the course of American history and guide you into the future when you can vote for this very important office.

George Washington was a founding father of the United States of America. During the American Revolutionary War, General Washington served as Military Commander of the Continental armed forces.

John Adams was one of the founding fathers of United States. He helped draft the 1776 Declaration of Independence for the United States of America.

Presidential Facts About Thomas Jefferson, 1801 to 1809

Thomas Jefferson was one of the founding fathers of the United States. He was known as the "silent member" of Congress because he was not good at public speaking. However, he contributed much to the creation of the nation through his writings.

James Madison was one of the found fathers of the United States of America. He drafted the very important Bill of Rights. However, at the time he undertook the project, he didn't feel the Bill of Rights was necessary. He eventually changed his mind, realizing how important it was to have individual rights protected.

James Monroe was a founding father of the United States of America. During the American Revolutionary War, 18-year-old Lieutenant Monroe served under General Washington.

John Quincy Adams was the first son of a former President (John Adams) to serve as President himself. He served as Secretary of State under in President Monroe's administration.

Andrew Jackson joined the American Revolutionary War at the age of 13. Jackson's two older brothers died during the war, one from a stroke and the other from smallpox while a prisoner of the British. At 14 years of age, Jackson was the only surviving child when his mother died of cholera, leaving him orphaned.

Martin Van Buren is most noted for his help in forming the Democratic party. The party sprang from a coalition of supporters of President Andrew Jackson known as the Jeffersonian Republicans.

William Henry Harrison had the shortest presidency in American history. He died 31 days after his inauguration.

John Tyler was the first Vice-President to be promoted to the presidency due to President's death while in office. He was also the first President to have formal impeachment proceedings introduced. However, the House didn't act on the impeachment resolution.

James K. Polk served five consecutive terms as the Speaker of the House. He served one term as Governor of Tennessee and was considered Andrew Jackson's protégé. 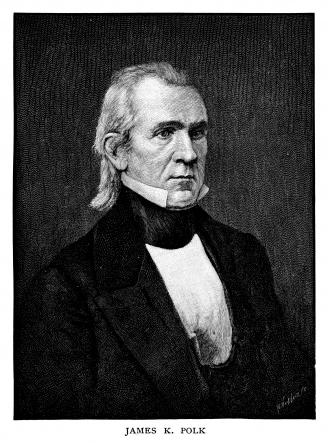 A descendant of Pilgrim leader Elder William Brewster, Taylor's family arrived on the Mayflower with Brewster being one of the signers of the Mayflower Compact. It was through this branch of the family that Taylor was the second cousin of the fourth President of the United States, James Madison.

Millard Fillmore took the office of President when President Taylor died. He was a staunch supporter of the federal government enforcing the Fugitive Slave Act of 1850. This support proved to be the final straw for the Whig Party since the North opposed the Act and slavery.

Presidential Facts About Franklin Pierce, 1853 to 1857

Franklin Pierce is dubbed by many historians as the worst US President. His term was rather unmemorable except that he enforced the Fugitive Slave Act, which in turn fueled the abolitionists' anger.

James Buchanan was an advocate of states' rights, and he fought to decrease the federal government's role in the governing of states. He is viewed by many historians as an ineffective leader, since he didn't quell the rising call for Southern states to secede for the union.

Abraham Lincoln was born and raised in a one-room log cabin, Lincoln understood poverty. He was an avid reader and was self-educated. He went on to become a lawyer and as President of the United States undertook the almost impossible task of leading the United States during the Civil War and ending slavery by freeing all the slaves. 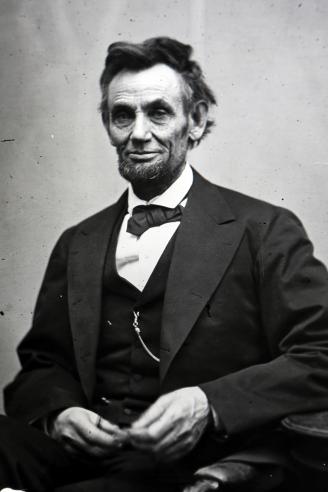 Andrew Johnson was Vice President when President Lincoln assassinated and took over the Presidency. He was the first US President to be impeached. Johnson was impeached for violating the Tenure of Office Act when he removed Edwin Staton, Secretary of War. The Act stated the president needed Congress's approval to dismiss appointed officials.

An American hero, Grant led the Union Armies during the Civil War. He continued to fight during his presidency to restore the nation and ensure African Americans' rights were protected.

Hayes was a lawyer, representative in the US House of Representatives, and served as Governor of Ohio. During Antebellum years, Hayes, as a lawyer, defended refugee slaves in court. 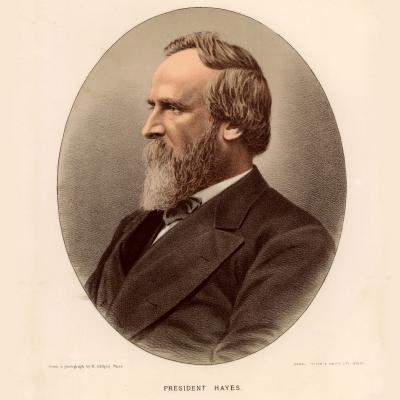 Jame Garfield was the second President to be assassinated. (6.5 months after taking office). He stated the Civil War was a holy crusade fighting against Slave Power.

Chester A. Arthur was Vice President when President Garfield was assassinated and took over the office of Presidency. He supported and presided over the revitalization of the US Navy after the American Civil War.

Grover Cleveland was the first Democratic President elected after the Civil war. He pursued a policy to stop granting special favors to economic groups and vetoed a bill for $10,000 seed grain distribution to drought suffering farmers in Texas.

William McKinley was elected to two terms as President. However, within seven months of his second term, he was assassinated, making him the third President to be assassinated in office.

Vice President Theodore Roosevelt became President upon the assassination of President McKinley. He organized and led the Rough Riders in the Spanish-American War in Cuba and returned home a national hero. 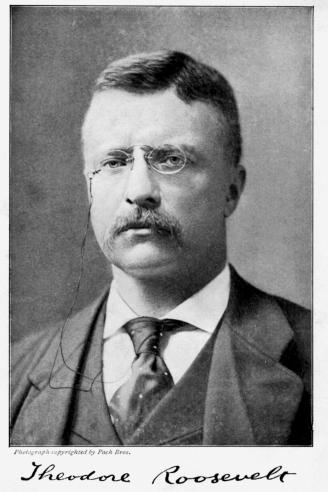 William Howard Taft was the first US President to also be appointed as a Chief Justice of the United States. In 1921, President Harding appointed him as the tenth Chief Justice of the United States (1921-1930). As a federal judge, he always had his eye on the being nominated to the Supreme Court. He Served as Secretary of War in the Roosevelt administration.

Woodrow Wilson served two terms as President of the United States. Prior to being elected president, he served as governor of New Jersey. 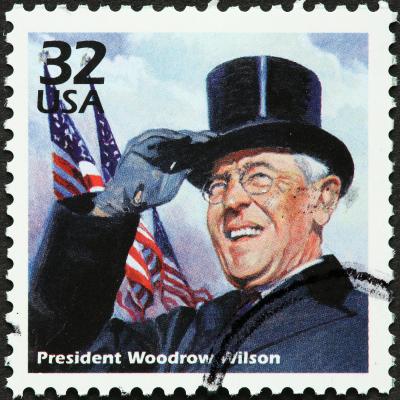 Warren Harding served four years in the Ohio State Senate and later elected Lieutenant Governor of Ohio. He lost the election for Ohio governor, but won the seat in the US Senate.

Prior to being president, during WWI, he was in charge of the Commission for Relief in Belguim that provided food for occupied Belguim. He was later appointed as director of the U.S. Food Administration by President Wilson and was dubbed the "Food Czar" by the public. He later served as the third US Secretary of Commerce under President Harding. He supported the development of the radio and helped with the push to develop air travel. He was in charge and led the federal response to the 1927 Great Mississippi Flood.

Franklin D. Roosevelt was the first US President to win four consecutive terms. He died only 23 days into his fourth terms. He previously has served in the New York Senate (1910). President Wilson appointed him Assistant Secretary of the Navy, and he was the Democratic nominee for Vice President in 1920. He contracted polio in 1921 that left him on crutches and later in life confined to a wheelchair. Two years after his death, Congress passed the 22nd Amendment limiting presidents to two terms in office. 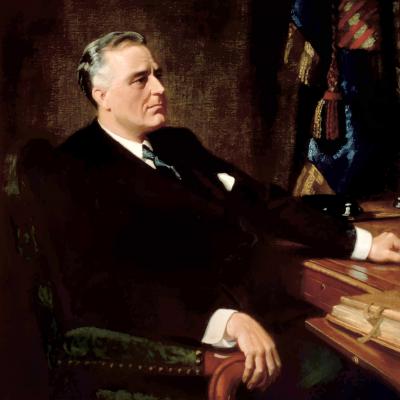 Harry S Truman was Vice President of the United States when President Roosevelt died. He took over the office of President and was re-elected to serve a second term. When he first became president, he was unaware of the atomic bomb being developed or the threat of Soviet Russia. He stated, "I felt like the moon, the stars, and all the planets had fallen on me."

Prior to becoming President, Dwight D Eisenhower was an Army five-star General and Supreme Commander of the Allied Expeditionary Force in Europe. From 1942 to 1943, Eisenhower planned and oversaw the North Africa invasion. He also planned and implemented the successful Normandy Invasion of the Western Front (1944-45).

John F. Kennedy was a World War II hero. He was assassinated in Dallas, Texas during his first term in office. 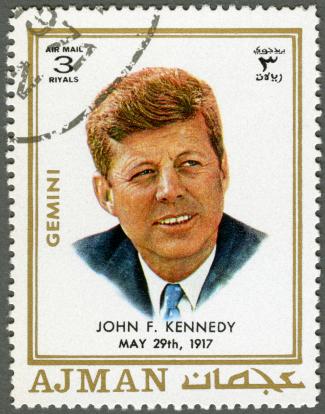 Known as LBJ, Lyndon B. Johnson served as Vice President under President Kennedy. He took the oath of office of president when President Kennedy was assassinated. He went on to be re-elected, but didn't seek a second term.

Richard Nixon served as Vice President under President Eisenhower. He was forced to resign his presidency in 1974 during his second term in office.

Gerald Ford was Vice President when President Nixon resigned. He was sworn in as President of the United States upon Nixon's departure.

Jimmy Carter served as Georgia State Senator and 76th Governor of Georgia before being elected as president.

Former movie actor turned politician, Ronald Reagan was Governor of California for two terms, choosing not to run for a third term. He was one of the most popular Presidents in US history and won with a whopping 400 more electoral votes than his opponent, incumbent Jimmy Carter. 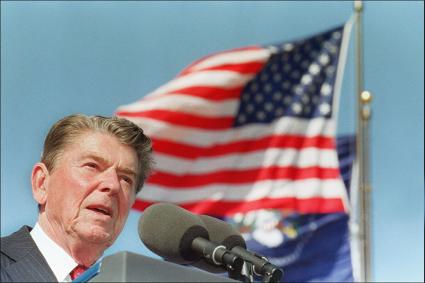 George Herbert Walker Bush served as Ambassador to the United Nations during the Nixon administration and Chief of the Liaison Office to the People's Republic of China during the Ford administration. Was defeated in 1980 by Reagan for Republican primary, but was Reagan's vice president. Bush won the presidency in 1988, but lost his 1992 bid for reelection to Bill Clinton.

William J. Clinton served as Governor of Arkansas for two non-consecutive terms. He later served two terms as President of the United States.

George W. Bush (GW) was the son of President George HW Bush. His presidency marked the second time a father and son were both presidents (John Adams and John Quincy Adams). Prior to his presidency, Bush was the 46th governor of Texas (1995 to 2000).

Barack H. Obama was the first African American president of the Harvard Law Review. He was a US Senator, but resigned during his first term when elected president. He served two terms. 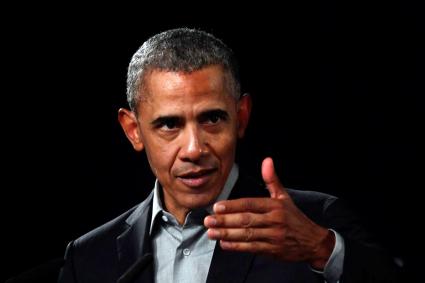 Donal J. Trump was a successful real estate developer and TV personality. He won the 2016 presidential election against Hillary Clinton, whom the media touted would be the winner. 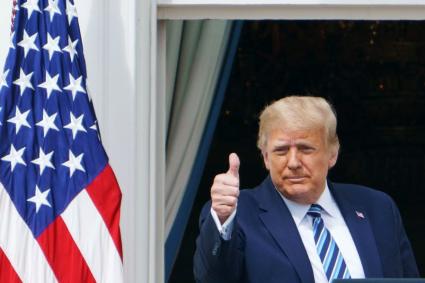 A president fact list is never-ending. However, a few quick facts listed about each president can get you started in researching other accomplishments, achievement, challenges, and even failures.