While using your fingers is not the fastest way to recall a multiplication fact while doing a problem, finger tricks can help kids figure out how to answer the problem at hand - and as they work on their math, they will eventually learn all the facts by repetition. It should be noted that before your child can understand other finger tricks, he must be able to count by 2s, 5s and 10s and multiply by 2s, 3s, and 4s. 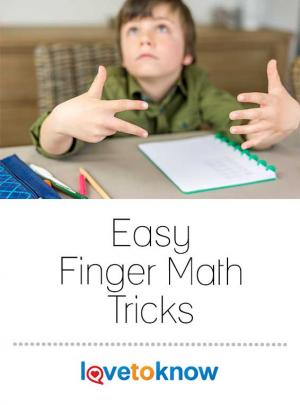 Quick Tricks for 3s and 4s

The tricks for multiplying by 3s and 4s is really a matter of counting out the answer on your fingers. As your children count out the answer repeatedly, they will memorize it and then be able to move onto larger numbers.

Did you realize that all of your fingers have three segments? Therefore, you can figure out anything from 3x1 to 3x10 by counting the segments on each finger. To start: 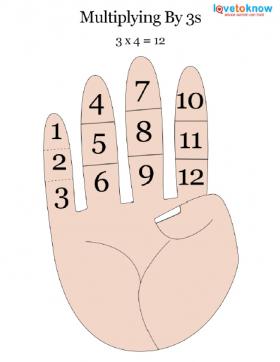 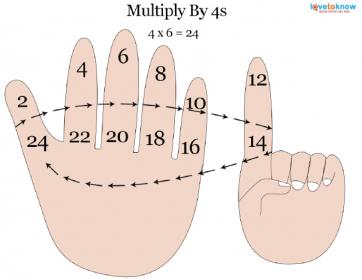 While numbers one through five are easy for most kids to remember, six and up often pose a problem. This handy trick will make it much easier to work those problems out. 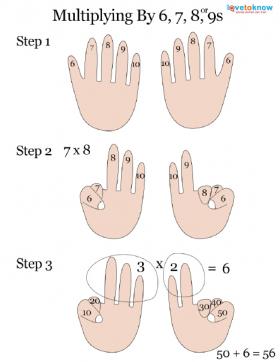 Another Trick Just for Nine

There is a trick that works separately, just for multiplying by nine. 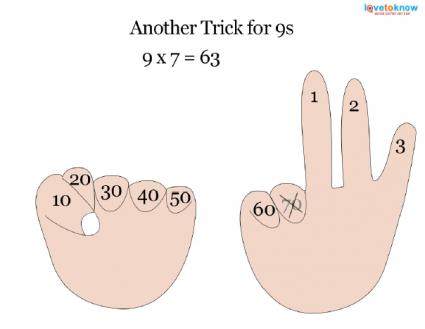 While the hope is that your kids will eventually memorize their multiplication facts, using some quick tricks and letting them count things out on their fingers is not a bad way to learn. It keeps frustration at bay since the answer is always a fingertip away, and the repetition of having to figure it out will help cement those facts in their brains.

If you need help downloading any of the printables, check out these helpful tips.