Rocks are everywhere. In fact, there is a good chance while you read this, you are in a house built upon rocks. Of course, rocks are not as inactive as many people think; they can change. It takes millions of years, but rocks are continually traveling and morphing as they pass through the rock cycle.

What Is the Rock Cycle?

The rock cycle is a long, slow journey that can take millions of years. During the cycle, rocks form deep underground, travel to the surface, change, and eventually return to their deep, underground starting points. Essentially, the same rocks are continuously being recycled. This chart explains the rock's journey. To open it, click on the image and a PDF should open up. If you need help, there is a guide for working with Adobe printables. 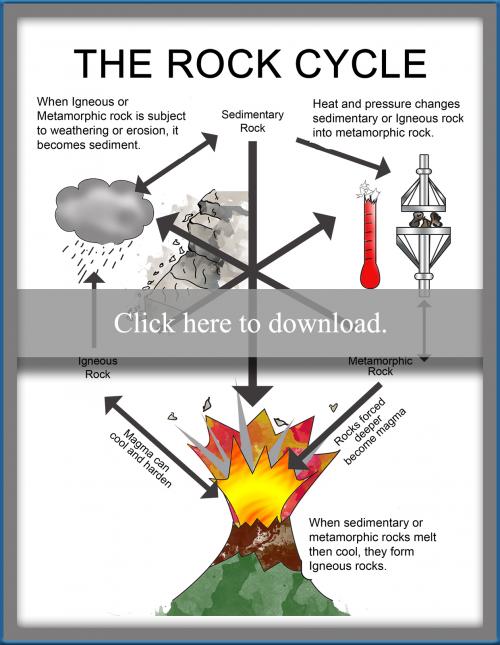 There are three main types of rock. These are igneous, metamorphic, and sedimentary. 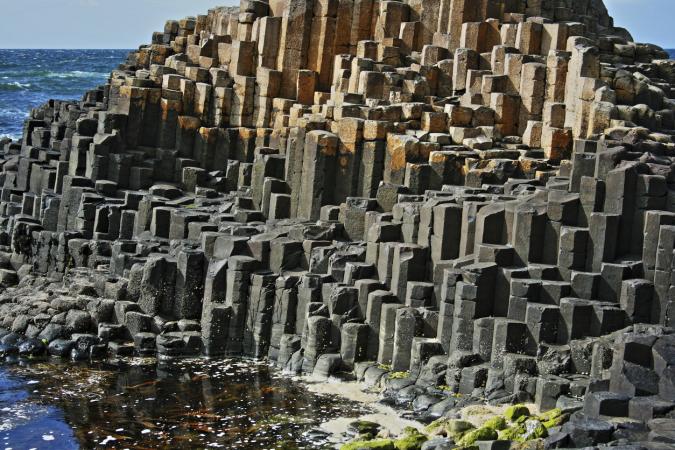 Although rarely used these days, the word igneous means "like fire." Igneous rock forms from molten (liquid) rock, also called magma or lava, found in a volcano. When this molten rock solidifies and cools, it becomes a solid piece of rock. Igneous rock is intrusive if it solidifies below the earth's crust and extrusive if it forms above the surface. 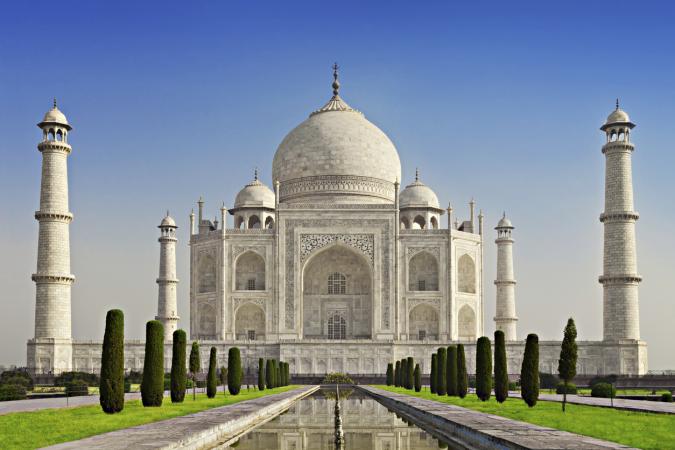 The word metamorphic means "characterized by change." If it is subject to heat or pressure deep underground, any rock can become Metamorphic Rock as it journeys through the rock cycle. Metamorphic rock does not melt and reform like its igneous counterpart but is altered as its mineral structure reorganizes. Some well-known examples of metamorphic rock are slate, a hard, water-resistant stone commonly used as a roofing material, and marble, the beautiful and highly desirable rock chosen for the construction of the Taj Mahal in India. 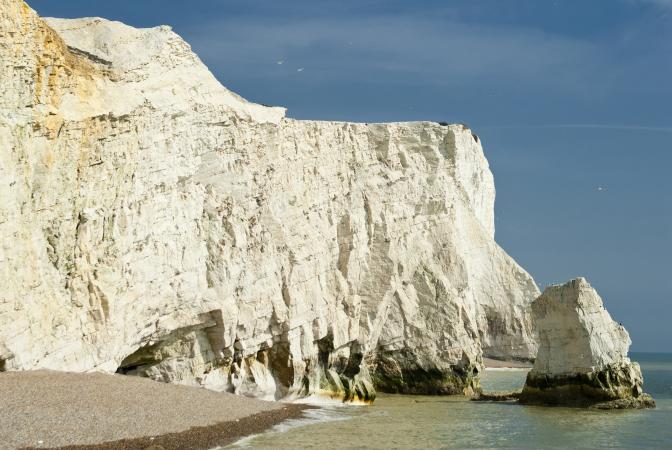 Any rock that is subject to weathering or erosion on the earth's surface can break into tiny pieces known as sediment. Eventually, this sediment is deposited and, the pieces, due to the pressure underground, become hardened rock again. One example of sedimentary rock is limestone. This type of sediment is mostly formed from crushed shells, and also contains the fossils of sea creatures, sometimes from millions of years ago. One famous example of limestone is the White Cliffs of Dover on the southern coast of England. Coal, used as a source of heating since prehistoric times, is another form of sedimentary rock.

There are a variety of ways you can make the rock cycle exciting and interesting for your students.

Use the rock cycle printable below to assess how well your students have understood the rock cycle. They should fill in the blank spaces and then color the work sheet. 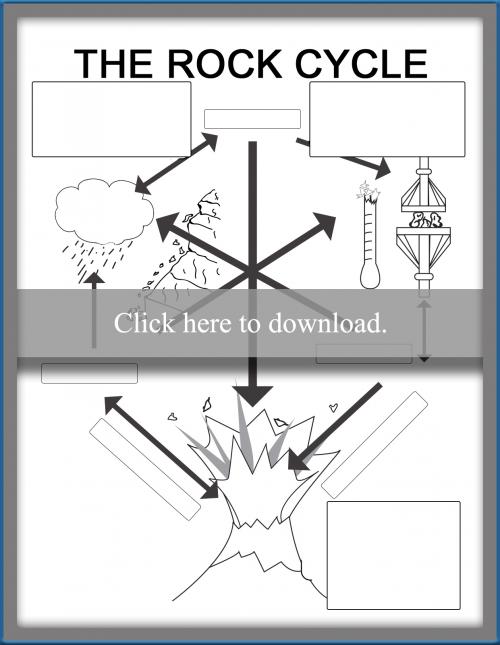 Watch a Bill Nye video on Rocks and the Rock Cycle. Bill Nye, "the Science Guy," is popular with elementary aged kids and this short video provides a good introduction to the Rock Cycle.

Use NASA's "Rocking the Rock Cycle" lesson package would work for a group of upper elementary, middle, or even high school age students. The package consists of three different parts and includes National Science Educational Standards, a simplified diagram of the rock cycle, a rock cycle game that students can play, and coloring rock cycle activities.

Quiz Questions to Ask Your Students

Learning About the Rock Cycle

Many of the world's most awe-inspiring places and structures, both created and natural, are made of rock. While rocks often go unnoticed, they play a huge role in the earth's processes.