Pablo Picasso lived from 1881 to 1973 and was born in Malaga, Spain. His early childhood was heavily influenced by his father, who was an art teacher. From a young age he showed a talent for drawing and began formal lessons with his father at the age of seven.

According to the Pablo Picasso Organization, in addition to training with his father, Picasso also attended the Academy of Arts for one year. He then moved to Paris, where he began to experiment with his art and develop his unique style in surrealism and cubism. He is considered the co-founder of Cubism.

Throughout his life, Picasso went through identifiable phases in his paintings. Some of the phases included:

Picasso is known as one of the most prolific painters of all time. During the span of his art career, he created more than 13,500 paintings. He also created thousands of prints and illustrations for books. Some of his most recognizable works of art include:

Since Picasso is known as the co-creator of Cubism, this project will utilize shapes to create a cubist-style image. You do not need to know how to paint to create this project. You are going to be recreating a Picasso "face" such as those found in his paintings "Marie Therese," "The Root of All Evil" or "Maya with Boat." 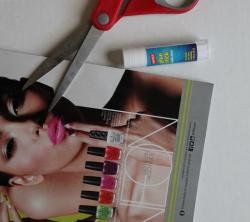 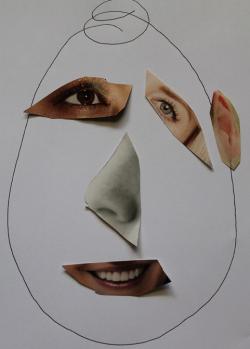 You can leave this as is or add the color that Picasso used in many of his paintings by filling in the white areas with colorful triangles and squares. Picasso often divided the painting into four sections, so four large squares of background color works well.

Picasso had a tremendous influence on art. From being part-creator of Cubism to his ability to take a technique like surrealism and make it his own, Picasso is a good example of how an artist can share the unique way he looks at the world with others. After all, isn't sharing a little part of yourself what art is all about?